A journey towards spirituality from Mexico to gods own country 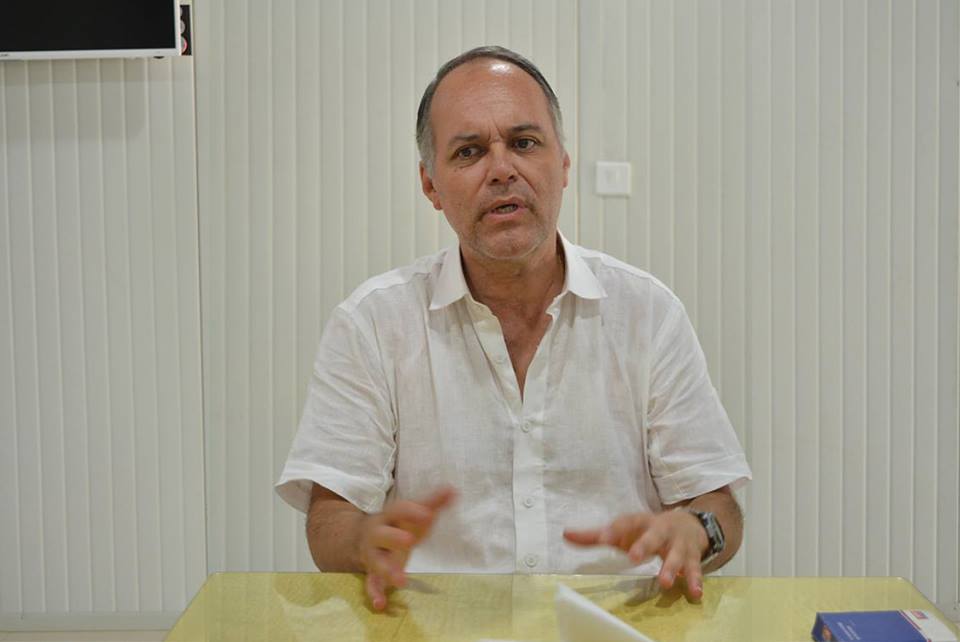 Thiruvananthapuram: For many visiting Kerala would merely be a purpose of exploring the god’s own country, but for Carlos Guzman Breton who is from Mexico, is elated to spirituality.

Guzman (64) has been visiting the state for nearly two and a half decade after he became the disciple of Navajyotisree Karunakara Guru, the founder of Santhigiri Ashramam situated in Pothencode, Thiruvananthapuram.

He was born in Mexico to a Catholic Christian family and wanted to become a priest. His spiritual enquiry led him to the study of Eastern Religions, Metaphysics and Medication, Mysticism and Paranormal phenomena.

As a young boy he began to experience spiritual visions and developed the faculty of clairvoyance to such extent that he started giving lectures and TV programs on Meditation and Paranormal Phenomena from the year 1980.

guzman-12“I consider myself very fortunate to be an adherent of my guru Navajyotisree Karunakara Swamiji and I wish to make the world know about the uniqueness of Santhigiri Ashram. There are gigantic benefits that you can obtain in this sacred place,” said Guzman to Evartha.

Guzman a jeweler by profession now, wanted to become a Catholic priest and by the age of 14 he served in a church as hand to the priest there. But he couldn’t find fulfillment. Hence he turned to books on Buddhism, Hinduism and Christianity, mainly the Bible, Yoga, meditation and titles related to paranormal phenomena.

Carlos who claims to have visions from childhood also asserts that his guru Navajyothi Sree Karunakara Guru comprehend himself as Kaalanthara Guru and can see three fold time and affirm their faith in the philosophy ‘Word is truth, truth is Guru, Guru is God’, which is roughly translated from the fact that Karunakara Guru works from what is revealed by the supreme light or Atheeva Sathya Prakasham or God. ‘The guru provides appropriate spiritual guidance for everyone who seeks this, for the correction and evolution of the soul and human condition as per God’s will,’ he says.

santhigiri“I am here to participate in the ‘poorna kumbha mela’ after my 11 days of prayers and rituals. Devotees from various communities, cutting across age groups, participate in the mela. The procession begins from the ‘yajna shala’ at the spiritual zone of the Ashram and after encircling the Ashram complex, the procession ends at the lotus-shaped ‘parnasala’ where devotees dedicates the ‘kumbha’ before the Guru,” he added.

According to the Ashram’s customs, the ‘kumbha’ signifies the mortality of human beings and the fragrant medicinal ‘theertha’ inside it represents the goodness of man.

Guzman who had to do his packing back to Mexico, with a smiling face waved at us assuring that he will be back here for the next year’s mela.

The latter has also authored a book based on his experience with the guru titled as “A Seat of Spirituality Nonpareil”.