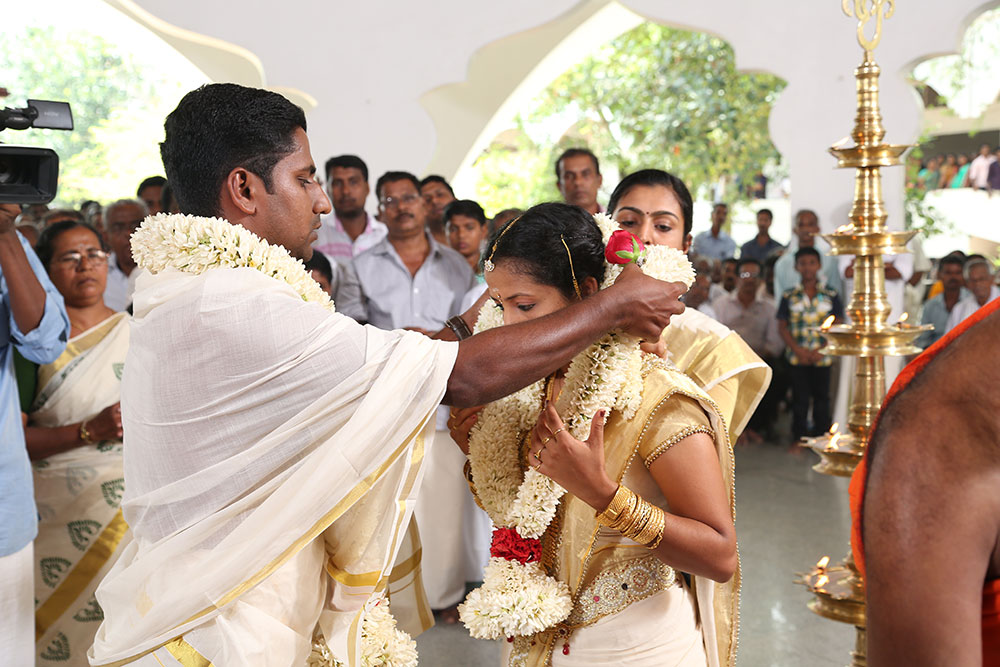 Householders are the taskforce of Guru to bring up good children in the world. Observing that no one could improve the world overnight, Guru has said the change towards a better life should start at the level of an individual family and then spread to the world. In this, women have a vital role to play.

With the Guru’s guidance, marriages are arranged in the ‘Santhigiri Parampara’ not on the basis of the generally accepted criterion such as horoscopes, caste, religion, community or socio-economic status, but the compatibility of the two souls. People from widely disparate backgrounds, including different nationalities and regions, matched thus are leading meaningful marital lives with the Guru’s Grace.

For Guru, the whole world is one nation and the entire humankind one sect. Many social divisions and barriers are being broken through such marriages. Such unions are contributing to a better future generation, leading to ‘gothra shuddhi’ (cleansing of family lineage) also.

With the Guru’s grace, many girls and boys in the ‘Parampara’ are able to see in vision their future lives, including their prospective partners, children and other aspects, before marriage. This information is submitted to Guru for correction and the marriage is solemnized as per the Guru’s directions.

The marriage ceremony is conducted in the Ashram in a traditional, elegant and unostentatious manner, with fellow devotees helping in the arrangements. After marriage, couples stay in the ‘Ashram’ for a few days, learning about the importance of family life and praying for good progeny.