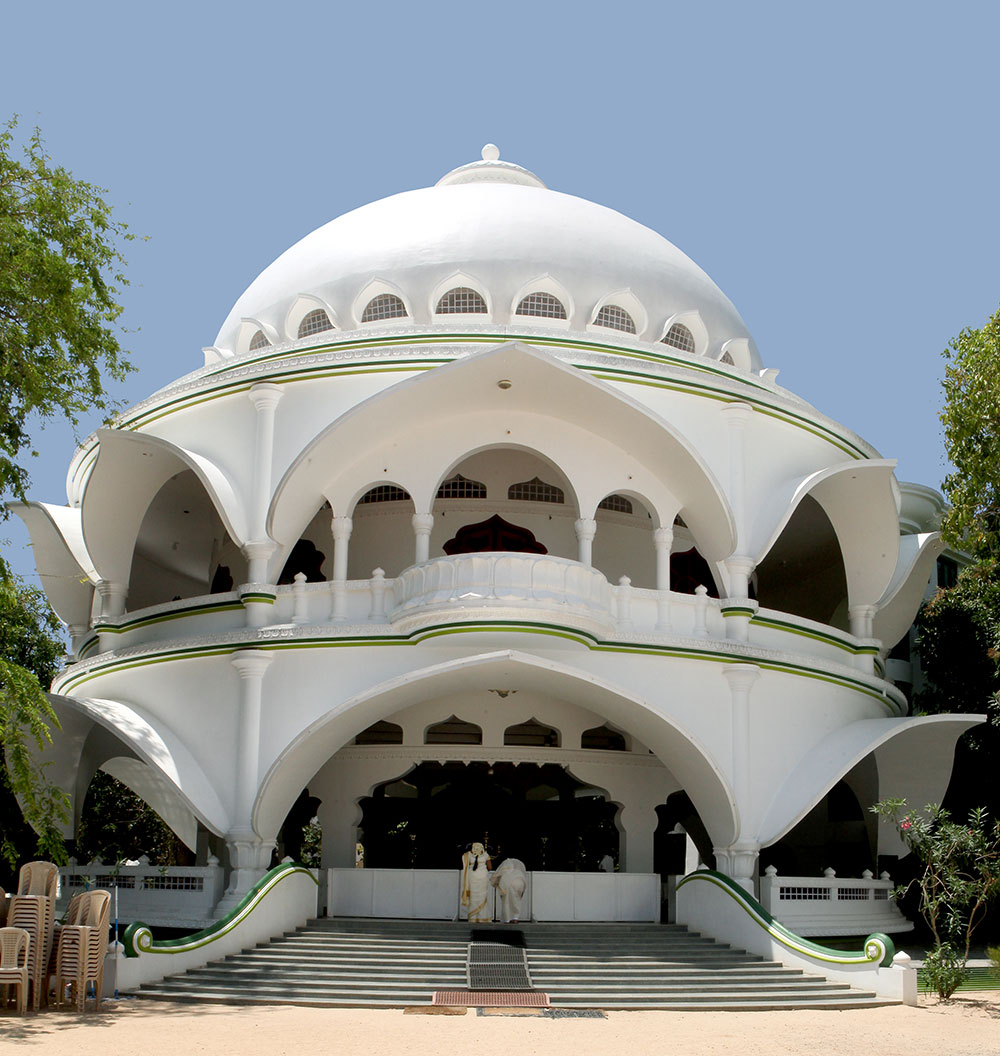 The Shrine of Togetherness, shaped like a white lotus bud, is a sacred building representing the Guru’s Grace, which would eventually hold together a conflict and division-ridden world. According to revelations, heads of nations would converge here in the future to resolve problems through dialogue and the guidance of spiritually realised souls.

The ‘Sahakarana Mandiram’ was dedicated to Guru on March 1, 1999. Guru stayed here and completed the ‘sankalpams’ (astral, spiritual intercessions) for the future till He merged in the Supreme on May 6, 1999. This is the Shrine for cooperative work. Here, an Authority of dharma, who has earned the merit, possessing the accumulated virtue of the efforts of several epochs obeying the dharma of ages, should impart this dharma to those who are desirous of accepting this ideology. Those who accept this ideology should listen and understand it also. Thus, Sahakarana Mandiram is the place where the association of Guru and Sishya is made steadfast. Here, there is no place for caste or religion. This is the Dharma. Devotees gather here every day to submit prayers and offerings at the feet of Guru.