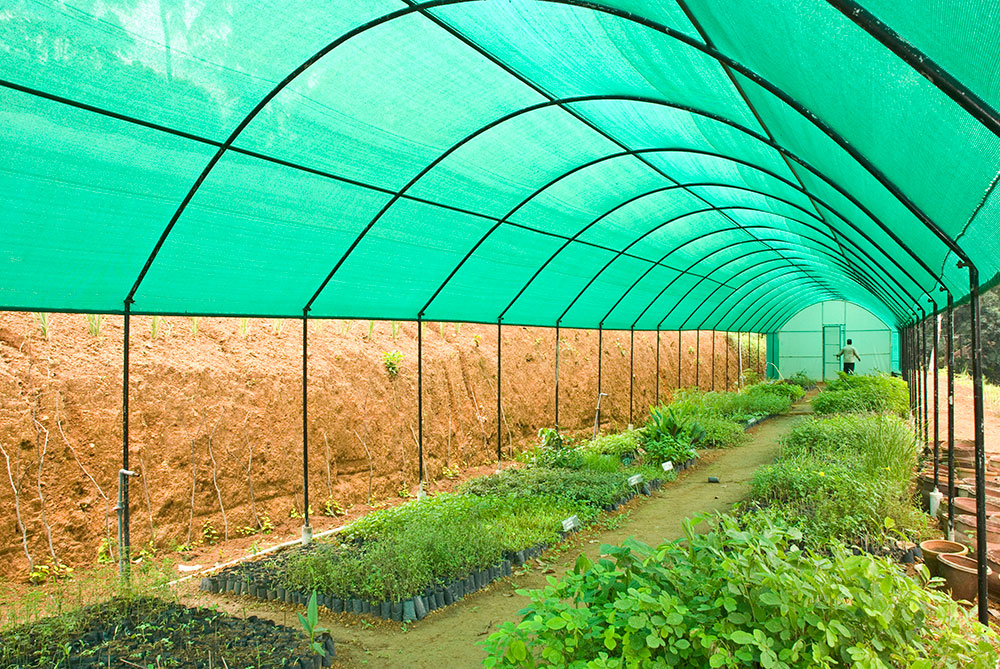 One of the three pillars on which Guru erected the edifice of Santhigiri Ashram is ‘Athurasevanam’ (care for the sick). To provide genuine raw materials for the Ayurveda and Siddha medicines made by the Santhigiri Ayurveda & Siddha Vaidyasala, Guru initiated herbal cultivation in the hospital complex. The Santhigiri Herbal Garden, close to the Ashram and with a forest like ambience, covers more than 50 acres. More than 100 medicinal plants including Aloe Vera, ‘Brahmi’, ‘Adlodakam’ and ‘Padhimukham’ and other rare species are grown here.

There is a nursery for the plants. The Herbal Division plans to collect rare and endangered medicinal plant varieties from all over the country as part of its efforts at bio-diversity conservation.

Herbal gardens are also being developed on 50 acres of land at Madurai in Tamil Nadu.

The Agriculture Division has started production of saplings in large numbers to spread the cultivation of medicinal plants among the local farmers. Two projects by the names of “Schoolil Oru Oushadhathottam Onnu Ende Veetilum” (A Herbal Garden in School and one at My Home too) and ‘Ende Oushadha Gramam’ (My Herbal Village) have been started to promote the cultivation of herbal plants. The former project has been initiated in various schools in the districts of Wayanad, Kottayam and Thiruvananthapuram with assistance from the Central Medicinal Plant Board. Under the second project, two nearby villages in the Pothencode and Manickal ‘panchayats’ have been adopted for distribution of free saplings to the farmers from the Santhigiri Herbal Garden. The matured plants are bought from the farmers directly by the Santhigiri Ayurveda & Siddha Vaidyasala.