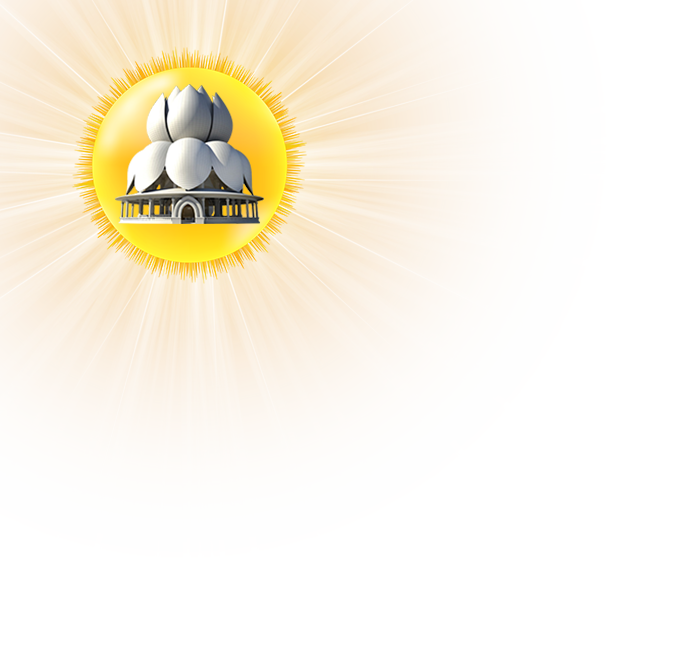 Navajyothisree Karunakara Guru was born into a modest family on 16th of ‘Chingam’, Kolla Varsham 1103 (Malayalam Era), Thursday (September 1, 1927), at Chandiroor village in Alappuzha district of Kerala. He lost His father Sri. Govindan when he was only nine months old and spent His early years at his mother Smt. Karthyayani’s house. From His childhood days, Guru received spiritual experiences. The most significant of these was the presence of a figure in an aura of bright light that Guru perceived within him at all times. Guru mumbled a few words only when prompted by this figure and was mistaken to be mute. Due to this, He was not sent to school. The bright light started fading and disappeared completely by the time Guru reached nine years. He started speaking normally after this and received some informal instruction. He later realized the figure in the celestial light to be Sri Krishna. 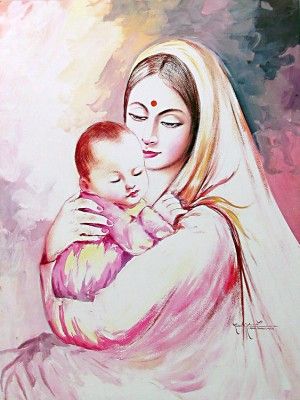 As a child Guru maintained utmost cleanliness, simplicity and a regular prayer routine in mornings and evenings. When He was around 10 years, elders in the family got His mother remarried. Guru moved to His stepfather’s house in a neighbouring village but was not at peace in the atmosphere there. At the age of 14, He decided to leave home and requested a local school teacher to take Him to an ashram as He wanted to lead a monastic life. Guru thus became an inmate of the Advaita Ashram at Alwaye (near Kochi), a branch of Sivagiri Mutt, founded by social reformer and great spiritual personality Sree Narayana Guru (1855 – 1928). He spent the next 17 years at the various branches of Sivagiri, performing a wide variety of tasks. While at Sivagiri, Guru received enormous love and respect from the people but also faced hostility and harassment from certain powerful sections which engineered problems for Guru during His stay there.

Ultimately, Guru left Sivagiri and moved to a hut on a nearby hill in 1957. He lived there for a few years. A lot of people started visiting Guru at this time as they found a sure cure for their ailments and problems from Him. During this period, Guru also accompanied His spiritual mentor Khureshia Fakir, a Sufi saint, on spiritual wanderings (avadhoota), in the course of which He received several visionary experiences. Following one such visionary direction, in 1968, Guru moved to Santhigiri Ashram at Pothencode which He had founded on land donated by a well wisher.


After years of intense meditation, prayers, physical hardships, and the ebb and flow of visionary experiences, Guru attained spiritual completion on 4th of Kanni, Kolla Varsham 1149, Thursday (September 20th, 1973), helped by the divine vigil and protection of Sri Krishna. On that day, it was revealed from the Supreme Light: “What I had been waiting for, through Yugas, is realized”.


Following this, as per instruction from the Transcendental Radiance which appeared in the Ashram at the time of Guru’s attainment, the followers of Guru adopted a worship system based on faith in one Universal God – the Brahman. They accepted the Path of Guru – Guru Margam – reposing complete faith in Guru as the medium to the Transcendent Supreme Plane. The doors of Santhigiri Ashram were open to all. Guru would spend hours talking to people on spiritual matters, regardless of His personal comforts. People flocked to him with all kinds of personal and family problems and found an ocean of compassion and solace. For aspirants, Guru was the way to true knowledge and spiritual evolution.


Guru left His physical form and merged in ‘Adisankalpam’ (the Plane of Primordial Consciousness) on 23rd Medam, Kolla Varsham 1174, Thursday (May 6th, 1999). It has been revealed that Guru continues to be present in the world as ‘Nava Oli’ (New Light and Sound), protecting and nurturing all. Guru’s guidance is available to the ‘parampara’ and the world through His principal disciple,Her Holiness Sishyapoojitha Amritha Jnana Thapaswini, who is the ‘Gurusthaneeya’ (Guru Apparent) and the spiritual head of Santhigiri Ashram now.