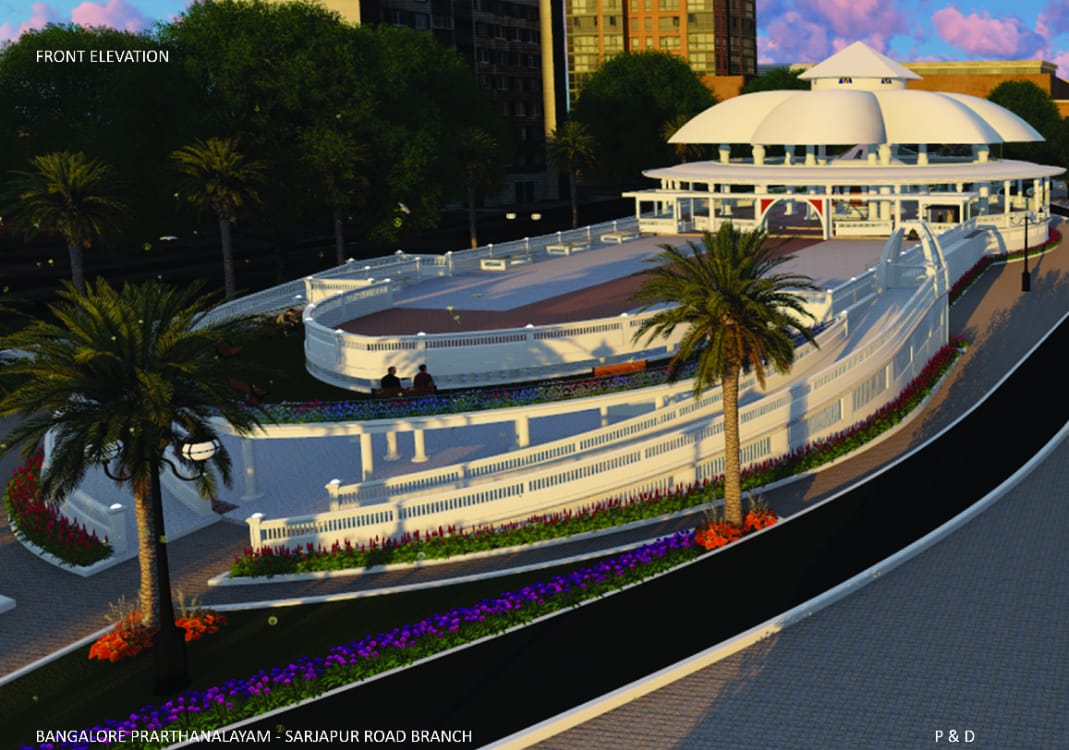 The Bengaluru that we know of today is a melting pot of various cultures, a city that is cosmopolitan in its outlook and the hub of India’s intellectual capital.
The genesis of Santhigiri Ashram, Sarjapur Road Branch, dates to the late 1970s, when a group of six disciples was sent by Guru on a ‘Padayathra’ to Prayag (Allahabad) in Northern India. During this pilgrimage, they had met a few people in Bengaluru, who, by the virtue of their experience with Guru, later played a vital role in setting up the Ashram Branch on April 23, 2002.
The Ashram serves as a spiritual institution which relates to the current realities and guides householders in accordance with the ‘Yugadharma’. Guru envisioned the Santhigiri Ashram, Sarjapur Road Branch as a medium for initiating a spiritual renaissance in the world.
Regular ‘satsang’ and discourses are an important activity of the Ashram, apart from the daily prayers and ‘Deepa Pradakshinam’ on Pournami (Full-moon) days.
Annadaanam and free Ayurveda and Siddha medical consultations are currently being carried out through the Ashram, as a part of its social welfare activities.A Project to establish a silk weaving unit is in progress.