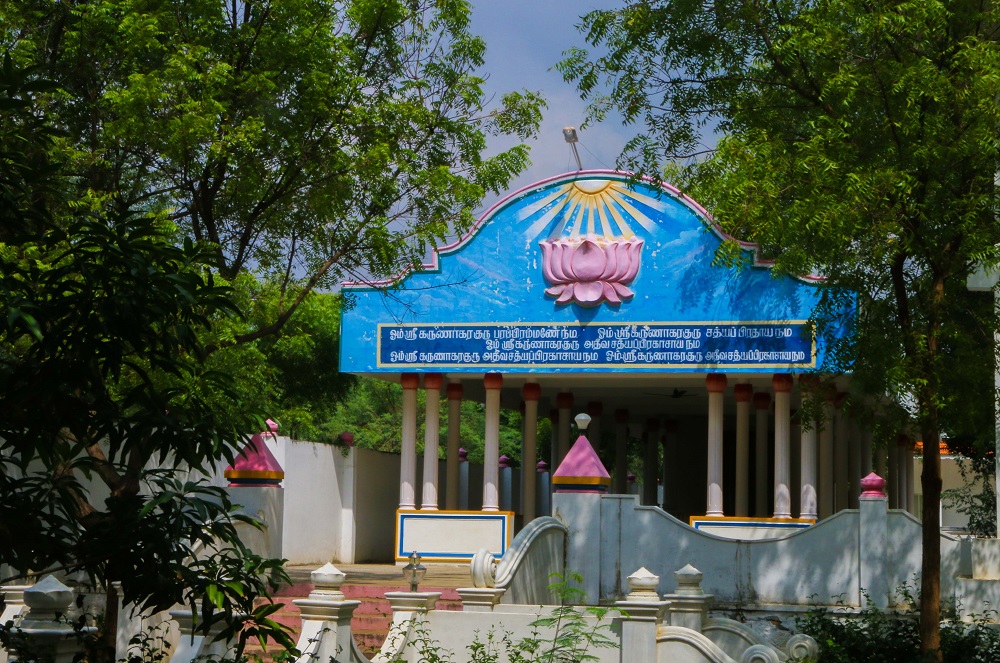 The Santhigiri Ashram, Andarkottaram Branch is the first in Tamil Nadu, located at Viragannur Madagu Anai near North Bank, Andar Kottaram, Madurai District. It was established in a small way in 1982. The foundation stone for a new prayer hall was laid on 1st May, 2000, in the presence of Sishyapoojitha Amritha Jnana Thapaswini. The consecration was done on 5th September, 2004.
The Ashram Branch has undertaken agricultural activities on 24 acres of land. The crops include pulses, groundnuts, oilseeds and vegetables. There is also a small dairy farm and a bakery production unit.